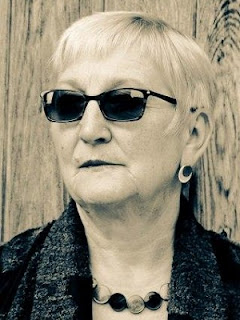 I was born and brought up in Birmingham. As a teenager, I won a holiday to France, Spain and Portugal for writing essays and poetry in a newspaper competition. Despite this promising start in the literary world, I took scientific qualifications and spent more than thirty years as a manufacturing consultant, technical writer and small business owner, publishing a number of pharmaceutical text books and editing a technical journal along the way. I returned to creative writing in 2006 and, since then, I have written short stories and poetry for competitions — and have had a few wins, several honourable mentions and some short-listing.  I am also published in several anthologies.

Under the Chudleigh Phoenix Publications imprint, I have published one solo collection of short stories and co-authored another two. My debut novel, Gorgito’s Ice Rink, was published in 2014; it was Runner-Up in the 2015 Writing Magazine Self-Published Book of the Year Awards. My second novel, Counterfeit!, which was published in 2016, came third in Literature Works' First Page Writing Prize in 2015. It is a thriller set in the sometimes murky world of international pharmaceuticals. Part 2 in the series, Deception!, was published in 2017 and Part 3, Corruption!, came out in 2018.

I also write, and teach on, The Business of Writing, a series of books aimed at providing writers with the skills they need to run their own businesses. The latest in the series, on Independent Publishing, was published in 2019.

I am the editor of the Chudleigh Phoenix Community Magazine, a monthly online newsletter, and a founder member of Chudleigh Writers' Circle. I have been involved in Exeter Literary Festival since its inception in 2018. In January 2020, I took over as Festival Director.. I am also a member of ALLi (the Alliance of Independent Authors). I spend far too much time on Facebook and Twitter, but have met some wonderful members of the writing community as a result.