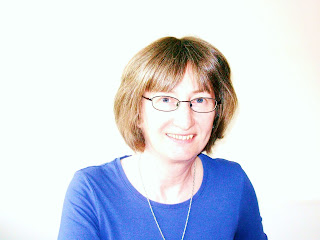 Margaret James has been a member of Exeter Writers since 2004 and has been an active member of the group.

It was a pleasure to pick her brains and share some of her wisdom with you.

Hi Margaret, thanks for agreeing to do an interview, I know how busy you are with your writing commitments! My first question for you is: When did you first start writing fiction?

I’ve always been a day-dreamer who made up stories and enjoyed living other lives, at least in my imagination. I made my first serious attempts to become a published author when my younger daughter started school and I had some spare time at home.

My first published work was short stories and serials for women’s magazines. I remember that in those days everything was sent and received by snail-mail, and my children soon learned that a small white envelope was good news because it would contain a cheque, whereas a big brown envelope was bad news because it would mean a story had been rejected and returned. Much to their delight, my children sometimes learned a new swear word on brown envelope days!

I started writing my first novel A Touch of Earth in 1985 and it was published in 1988. What a long time ago! I have since written fifteen more published novels and probably as many first drafts which are lurking in a range folders and files, maybe never to see the light of day.

I still have a copy of the issue of Woman’s Weekly in which my first short story for that magazine appeared. It has sentimental value because when it was published my mother was so proud of me!

Ah, that's sweet, I suspect that there are many aspiring writers who'd love to make their parents proud.  You've mentioned you've written and published many novels, can I ask: what kinds of novels do you write?

Mostly women’s interest fiction about relationships (both good and bad) between family members, friends, and the various strangers who come into my characters’ lives. I’ve always been interested in why and how people fall in love and what happens when they do. I’ve written several light-hearted romantic comedies in which my lovers get their perfect happy-ever-after, but I’ve also written novels in which people marry the wrong person.

I was slightly star-struck when I joined Exeter Writers in 2018. As a subscriber to The Writing Magazine for many years, I recognised your name as the author of countless informative articles that both entertained and instructed me in my growth as a writer, but I didn't learn until recently that you also co-authored a series of non-fiction books. Can you tell me a little bit about that? Yes, I’ve been a journalist for Writing Magazine for many years! I write the monthly Fiction Focus articles, which discuss various aspects of fiction and often feature advice and soundbites from a wide range of writers. I commission a column called I Wish I’d Known in which authors tell me what they wish they’d known right at the start of their writing careers, and I interview authors for profiles in the magazine. This means I get to read all kinds of novels and some non-fiction too. Proof copies of new novels come through my letterbox and into my Kindle all the time.

Your first crime novel for Ruby Fiction is The Final Reckoning. Please tell us about it? 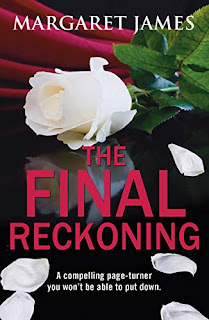 The Final Reckoning is set in Herefordshire, where I was born and grew up.

My heroine Lindsay Ellis has to go home to Herefordshire from Oxford in order to sort out her late mother’s affairs. She both hopes and fears she might meet her former boyfriend, Simon Dyer. But Simon was once tried for a brutal murder and, although he was found not guilty, plenty of people still believe he did kill his own father. So maybe Lindsay shouldn’t go anywhere near him?

That sounds exciting! Can you give us an excerpt?

I had half expected to see that he’d grown prematurely old – haggard, I suppose, with guilt perhaps, and with regret. But Simon’s looks had actually improved. The pretty face was much more angular, and the slight teenager’s body had filled out, had hardened, so the boy was these days a fine-looking man.

‘Time for a coffee?’ he asked pleasantly.

I needed to make sure I wasn’t dreaming. Somehow, I appeared to be having a normal conversation with this man, and he in turn looked almost pleased to see me.

I could not deceive myself. As soon as I’d set eyes on him again, I knew that I was still in love with Simon Dyer.

But as I followed him into the damp, dark house, my other self was asking if this was such a great plan after all. Spiders of memory crawled along my spine and, as Simon led me into the kitchen where a range of rusting pans and other mediaeval-looking implements dangled from rusty hooks, I began to wonder if I’d faint. Or be sick, at any rate, for over there, that was where Louis had—

No. I wouldn’t think of Louis Dyer, and instead I commented to myself on the state of the kitchen, where the walls were running with damp, and great black spots of mould had spread to form whole islands on the flaking plaster.

‘Shall I take your coat?’ asked Simon.

‘No!’ Alarmed, I crossed my arms against my chest protectively. But then I forced another smile. ‘I mean, it’s rather cold in here. I don’t suppose you notice, living here all the time.’

‘It’s cold because the Rayburn’s on the blink,’ said Simon calmly. ‘I keep meaning to get Nathan or Dan Casson round to have a look at it.’

He filled the kettle and put it on the hob of a new calor gas stove that was very grubby. Grease and bits of food clogged all four burners.

He rooted in a cupboard, found a jar of instant coffee, poked a spoon inside, and managed to dislodge some powdery grains. ‘It gets so damp in here,’ he muttered, as the kettle boiled.

He made two mugs of scummy broth. ‘I might have some milk,’ he said looking towards the fridge. ‘But I suspect it might be off.’

‘It doesn’t matter. I prefer it black.’

‘So do I,’ said Simon. ‘I was very sorry to hear about your mother,’ he added, kindly.

‘It must have been an awful shock for you, but you’ll get over it.’

‘You will. You got over that other business, didn’t you?’

‘I can’t forget what happened, obviously. But I don’t have nightmares any more. Or not so often, anyway.’

‘That’s good to know. Lindsay, you remember, don’t you, Dad said he was going to change his will? He wanted to leave everything to Jael?’

‘But nobody in the village thinks you killed him.’

Or not everybody thinks you killed him, I added to myself.

‘The police thought it was me.’

‘Simon, we were in the barn for the whole afternoon. Thirty minutes, you’d have had, an hour at most, to find your father, to attack him, do that other thing, clean yourself up again. You were drunk and stoned, and I can’t see how on earth you—’

‘Who else had a reason to want him dead?’

Cliffhanger! Nice! Thanks very much for sharing that with me, and with our visitors. I have one last question before you go if that's okay?

Thank you, and you're welcome. I have time for one more, go ahead...

Great! A lot of writers struggle to find time to write and I wondered if you had any advice for them.

I tend to write non-fiction in the morning and fiction in the afternoon. I know I’m more creative after lunch. I do my best work at home, where it’s quiet. I’ve never understood how people can write in cafés. I’d find all the other customers much too interesting and distracting. I’ve never been on a writing retreat. I know I wouldn’t do any writing.

Thanks for talking to me today Margaret. It's been a pleasure.

If you want to connect with Margaret you can do so on the following socials:

And if you're into crime, I'd definitely recommend checking out her book available on kindle through amazon. Jessica Triana de Ford is Exeter Writers Blog Manager, and co-ordinates content as well as edits submissions. She loves being part of a supportive writing group and being in a position to help support other creatives find the courage to express their ideas. You can find out more and connect with Jessica on LinkedIn and Twitter.