Welcome to our first Book Chat! 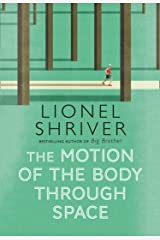 At Exeter Writers meetings we regularly discuss books we're reading. Not just to stay current in the world of literature professionally speaking, but because we simply adore reading as much as writing.

Lionel Shriver is an American author and journalist living in the UK.  Her book The Motion of the Body Through Space was published earlier this year, 7th May, 2020.

Shriver is not afraid to use her words to bring uncomfortable things to light. She often plays devil's advocate, broaching topics that provoke hot debate. 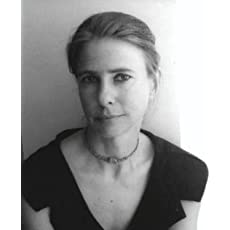 As a journalist she now writes for The Spectator where her controversial views are esteemed and welcomed.

With seven novels under her belt, a film and the Orange Award for Fiction for her book We Need to Talk About Kevin, Shriver certainly has a lot to say.

Let's see if her books are worth taking the time to read?

Why choose this book?

We Need to Talk About Kevin is the one book that I wish I had written. But not all her books hit the spot and this one is like Marmite with various contrasting reviews such as: ‘Witty, biting and engrossing’ or ‘A bitter and shallow rant’.

People either love it or hate it.

Some weeks after reading and re-reading it, I still can’t decide which camp I am in, but I keep thinking about it.

A book so unforgettable that it's worthy of further examination.

All her life, the main character Serenata Terpsichore, has run, swum, and cycled – on her own. But now she’s sixty, all that physical activity has destroyed her knees. As she contemplates surgery, her previously sedentary husband Remington recently and ignominiously made redundant, decides to discover exercise. ‘

I’ve decided to run a marathon,’ he says in the book’s opening line, to which Serenata reminds him that, ‘for the past thirty-two years, you’ve not once trotted out for a run around the block’.

His progression to competing in the gruelling MettleMan challenge and his increasing narcissism and stubbornness in the face of Serenata’s physical and mental pain undermines the very foundations of what, until now, has been a well-matched relationship.

Ultimately this is a love story - an analysis of a marriage - examining the way two well-suited, equally spiky and self-absorbed people have to adjust to ageing and its consequences.

But its theme is loss of identity. How as we age we lose the things that make us, ‘us’.

On an individual level, this equates to Serenata’s inability to run and Remington’s humiliating removal from his job.  Alongside this, there's rising conflict between them regarding the changing perspectives of their relationships with their adult children.

But Shriver also deals with identity-loss in a wider context.

In the Afterword, she states:

‘Serenata Terpsichore had never grown old before, so it made a certain sense that she wouldn’t be very good at it. What would seem to be required was humility… It (age and humility) was foisted on you. You grew humbled because you had been humbled.’

Shriver’s alter-ego as a journalist means that Serenata and Remington’s story is studded with incisive commentary on many of today’s red-hot issues.

Feminism, Race, Addiction, Parenting, Tattoos, Political Correctness, Religious Indoctrination, and much, much more are all dissected in a series of mini-rants amidst her main thesis on today’s fitness culture.

Fortunately, Shriver’s cleverness and inimitable style injects mischievous humour into what might, in less talented hands, be somewhat wearing diatribes.

Very few, but … First, the characters’ names – ‘unusual’ names being a Shriver hallmark.

Second, Bambi stands out as somewhat of a caricature – the only portrayal that lacked authenticity.

Third, promotion of this book (by some reviewers) as - ‘hilarious caricature', ‘fearless comedy’, laugh out-loud’ - acts to cheapen it. Such an incisive and clever book deserves more than this.

The Evening Standard’s summary: ‘Sardonic and elegant’ seems a much better fit.

Would you recommend it?

It’s memorable and thought-provoking and a salutary reminder of what will come to us all.

The Financial Times called it, ‘A satire on fitness zealotry with a side serving of culture-war intrigue…’ .

Heart rating (out of five)? 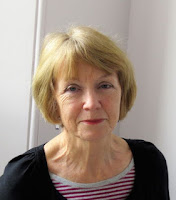 Dianne Bown-Wilson has been a member of Exeter Writers for since February this year and in that time has prepared her second collection of short stories, Degrees of Exposure for publication due for release later this year.

Her first collection of short stories, Instructions for Living is available from amazon in both kindle and paperback formats.

You can connect with Dianne on her blog,  Linked In and Twitter.

If you've enjoyed this Book Chat, or even been inspired to buy the book, please let us know in the comments below.

All comments, shares likes and subscribes help us understand what you like so we can bring you more of it!

Have a great rest of your day!