How To Write Historical Thrillers - Some Tips On Getting Started

Let’s face it. We all love a great thriller!

Some of us are drawn in by the mind-bending complexity of the plot, while others live and breathe for the high-octane action that keeps you turning the pages.

But how do you get started on writing your own historical thriller?

Well, the basic rules of premise, plot and characters apply, as they would in any novel — see my post: Writing Historical Fiction Based on True Stories. But there are particular challenges for writers of historical thrillers and I will take you through some of those issues now.

Decide on a premise for your historical thriller

Think big to create apprehension and suspense for the reader. Here are five examples: 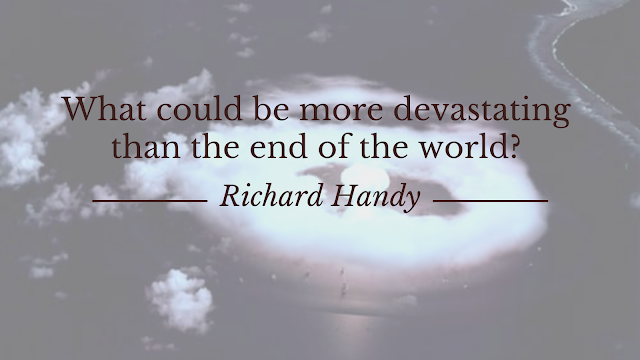 The reader has to buy-in to your characters, and your writing must generate an emotional connection to the story. Readers want to root for the hero or heroine, and despise the villain.

Let’s deal with the hero

The hero has to be outwardly indestructible and resourceful to the last (think James Bond, the Daniel Craig version), but with a character flaw that creates empathy.

In my thrillers, the hero is Major Danny Nash of the Secret Intelligence Service. He is as tough as they come, but he has a weakness – he’s in love with Emily Sinclair, the daughter of the head of British Intelligence, and is scared of committing to a relationship.

The point is to show your reader the human frailty behind the ‘tough guy’ persona of your character. 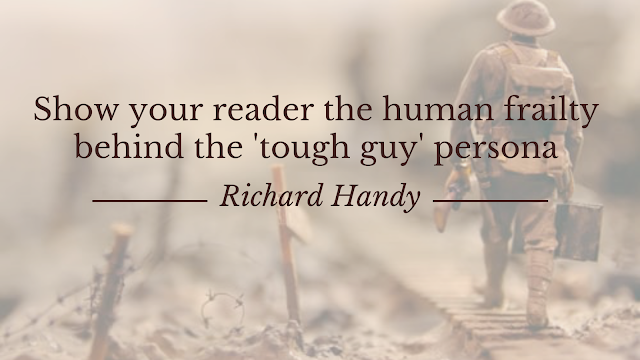 What about the villain?

The best villains are ice-cold, without feeling. That’s why we love to hate Darth Vader in Star Wars. But, you also need to test the hero by making the villain his equal, and resourceful in the most devious of ways.

The suspense is even greater when the villain has a stronger personality, and therefore an initial advantage. For example, the sophisticated Hannibal Lecter versus the trainee FBI agent, Clarice Starling, in The Silence of the Lambs by Thomas Harris. Characters need to evolve, and Clarice Starling eventually becomes Lecter’s equal, at least in terms of tenacity.

Of course, you need to make the villain fit the period of your historical novel. So, for the Cold War novel, a state-sponsored assassin with the weapons of the day is very plausible. Jack the Ripper, the Victorian-age serial killer, is often portrayed as a mysterious aristocrat with surgical skills — a psychopathic killer, but with basic primeval drivers.

But remember, you’re not writing horror — it’s a thriller. One key difference between these genres is the amount of description in the text of despicable acts. In horror, every last gory detail counts. In thrillers, it is the power of suggestion that sets tension in the mind of the reader. 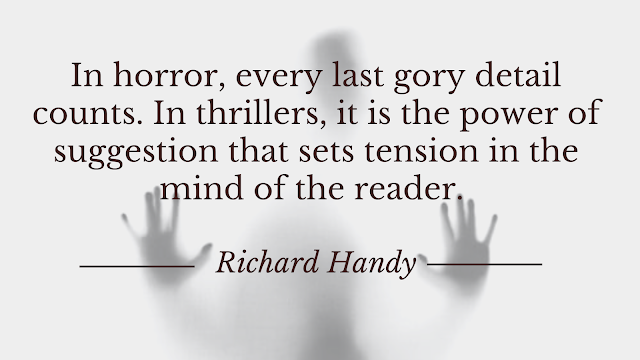 The thriller has to be thrilling — a real page turner that keeps you up half the night. But how do you create the thrills and chills in the plot?

Dialogue and actions of the characters should drive the plot as in any genre. But the problem is their actions are constrained by the time period in history. In my thrillers set in the 1930s, the hero has unreliable explosives, and has to escape the old fashioned way — on foot or by stealing a truck. That in itself can be used to create tension. The hero just needs to be in peril, but with a way out for the next hook in the plot.

Exotic locations: We can all imagine James Bond in the Bahamas… But travel is often a problem in historical thrillers because it takes time. For my novels, I had to research shipping timetables from the 1930s to figure out plausible journey times and routes across the Atlantic. The hero could not be in London one day, and Cape Town the next.

To get around this, you can keep the tension going by switching to the villain’s POV in the next chapter, or have them follow each other, so the journey becomes another strand in the plot. You can also plan the order of the chapters more carefully, so that you are not presented with  sudden changes in location.

The villain usually comes to a sticky end in the closing chapter. It needs to be unexpected — an ordinary death simply will not do. There are lots of ways to make that happen, it doesn’t have to be poetic justice administered by the hero. You could even use an unexpected character — a femme fatale with a lust for vengeance — but make it raw and ugly.

One secret tip is to use a location that adds enormously to the peril: the edge of a cliff, a plane that’s falling out of the sky, a building that’s on fire, or make it time-limited (e.g., the bomb is about to go off) and use the props in the scene as a weapon. For example, why shoot the villain when a sensational electrocution would give your reader goosebumps?

False endings and the last paragraph

The denouement needs to be satisfying, but a ‘false ending’ can be useful, especially if you are writing a series of novels. The idea is to dangle temptation in front of the reader. You want them to read your next book! But you have to do it with intrigue. There’s no better last hook than an ending that is also a new beginning — mysterious and dangerous.

This is what I wrote in one of my novels:

Sinclair picked up his pipe. Sabotage, murder and mayhem were the unsavoury tools of clandestine warfare. He had another job for MI6 and the boys from Section D – after all, the D was for destruction.

This lets the reader know the story continues with a new thriller. In this case, a new job for MI6 and our hero, Danny Nash. The ending can also be used to leave a tiny thread of doubt. What is the next job? Is the villain really dead? Or perhaps a vital task is not quite completed.

I hope these tips and suggestions are useful. Remember, it’s partly about letting your mind live in the historical setting of your novel while you write. So whether you’re a centurion on the fringes of the Roman Empire, or a female assassin working for the KGB, you can thrill your reader with a plausible and unexpected story. 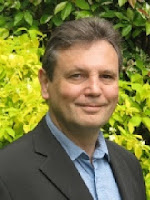 Richard Handy is an experienced writer and editor, and one of the world’s leading scientific experts on the dangers of new technologies. His work inspired his WWII spy thriller series, and his skill for meticulous research has been a powerful tool in his writing of historical fiction. To find out more about Richard's novel's visit his website.
Novel Writing Richard Handy