Tips From A Traditionally Published Author 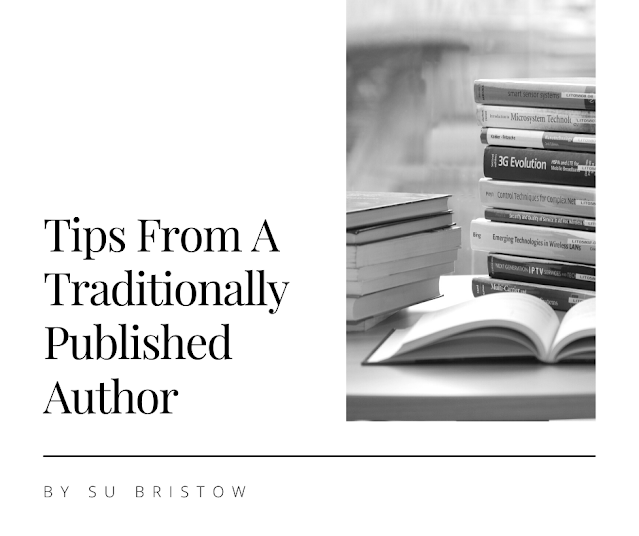 Do you want to be traditionally published?

It can be a longer road than self-publishing, and you certainly have a great deal less control over the whole process.

My experience is far from typical, but some of the milestones are common to all the roads. Here’s – more or less – how it goes.

My novel won the Exeter Novel Prize, and that brought it to the attention of my agent, Broo Doherty of DHH Literary Agency, who eventually took it on.

Normally, you’d submit a synopsis, three chapters and a covering letter to various agents. They get thousands of submissions a year, so it's important to find out what each particular agent likes, and do your best to deliver it.

They will expect you to know which genre you’re writing in, your target audience, and how you plan to promote it. The actual writing is just the beginning…

Once you have an agent, they will send it to various rounds of publishers, try to promote it at Book Fairs and so on. Typically, it will be rejected many times before a publisher agrees to buy it; this is the initiation test that nearly every writer goes through, so don’t lose heart! 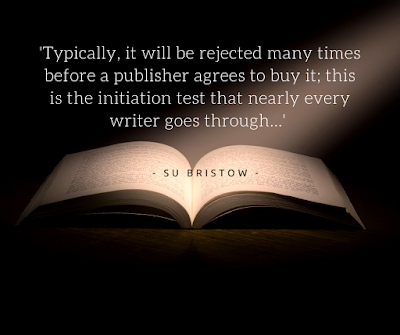 When a publisher finally offers you a contract, you probably won’t be able to understand most of it. Contracts come in all shapes and sizes, with parts dating back centuries and others patched in over the years.

At this point, I joined the Society of Authors, which is a kind of trade union for writers. They examined my contract carefully, and helped make sure I didn’t accidentally sign away something valuable or get taken for a ride.

You may get an advance, royalties only, or there may be a one-off payment at the start. I was offered a modest advance, which is completely normal for a debut novel. The publisher is taking a risk, and they won’t offer you more than they are likely to make from your novel. If they did, they’d quickly go out of business.

Your book has been accepted for publication, but there’s a way to go before it reaches its final shape. You’ll be assigned an editor, and they will suggest changes. This relationship varies, but it’s rarely a love-at-first-sight affair.

All that painstaking work with my lovely writing buddies, and the revisions suggested by my agent, meant that there wasn’t very much editing to do.

The proofreading was another matter, mainly because I was still putting in two spaces after a full stop, as I’d learned at typing classes many years ago. Only one space is now required, so every single page was splotched with highlights. Needless to say, I don’t do that any more!

Some publishers will give you a choice of covers. With others, you’ll have no say. Again, I was lucky enough to be offered a choice of six covers, and everyone was happy with my final choice. Most publishers nowadays will also arrange for an audiobook, and for this I was asked to choose between two voice actors.

When it comes to a launch party, publicity and so forth, there are endless variations on the theme, from nothing at all to an enormous splurge. It depends on how important you are, whether your publisher decides to promote you vigorously and, of course, their budget.

I’ve been wonderfully supported by my publisher, Karen Sullivan of Orenda Books, at every step of the way, and I hope that my debut novel Sealskin has repaid her investment. The second novel can be a very different matter, of course. Watch this space… 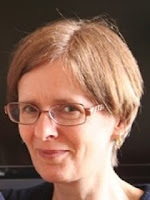 Su Bristow is a medical herbalist who has written two books on the topic: The Herbal Medicine Chest and The Herb Handbook. She has written several pop-psychology books on love and relationships and her fiction book Sealskin won the Exeter Novel Prize in 2013. Su is working on her second novel. You can connect with Sujita on Twitter or on her blog.