A Canadian's Take on Canadian Writers 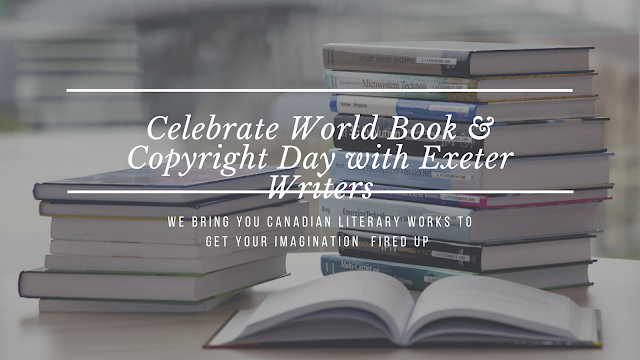 I suspect that when most readers think of Canadian authors, novelist and poet Margaret Atwood springs to mind. Her most noteworthy book is The Handmaid’s Tale and the sequel, The Testaments, won the 2019 Booker Prize.

On her website, there's an extensive list of awards and honours including numerous honorary degrees from universities all over the world.

But even though Atwood is undoubtedly our most noteworthy author, in this blog I would like to share with you other Canadian writers who have had an impact on my own writing style and reading enjoyment.

I am grateful for the opportunity to talk about Canadian writers with the hope that you will find value in discovering these authors for yourself. Also, April 23rd is UNESCO’s World Book and Copyright Day and, for that reason, Exeter Writers wants to celebrate authors from around the globe. Join in with #WorldBookDay and tell the community what you're reading. 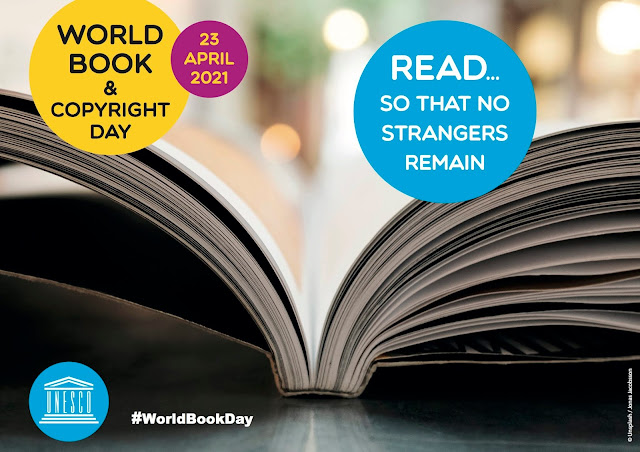 In my final year of high school, I elected to take an English course that focussed solely on novels written by Canadian authors.

Back then I wasn’t a voracious reader but this course and these books were so interesting, and reflective of my country, that I actually read, remembered and enjoyed them. Now I would like to share them with you.

The significant thing about all the books that I will highlight in this article, is that the settings are a powerful aspect of each story.

Mordecai Richler’s novel The Apprenticeship of Duddy Kravitz (1959) takes place in a poor section of Montreal. Duddy is a Jewish boy whose grandfather instilled in him that, ‘a man without land is nobody.’ And so, in his quest for power and money, Duddy goes to work in the Laurentian Mountains (a ski and recreational area outside of Montreal) until he succeeds in his grandfather’s eyes at the expense of friendships he loses along the way.

Duddy is an exceedingly interesting and driven character and a lesson of what happens when ambition takes precedence over morality.

The Stone Angel (1964) by Margaret Laurence is listed as one of the greatest Canadian novels. Set in the province of Manitoba, it looks back on the life of Hagar Shipley, a 90-year-old woman, who is both stubborn and self-reliant, and rebels at being put in a nursing home.

Shipley is regarded as one of the most memorable characters in Canadian fiction. Years earlier, Hagar didn’t cry when her father died; thus the title The Stone Angel. Near the end of the book, she wanders into the woods and it is there she confesses her true feelings toward her sons.

A fabulous read in my opinion.

Famed environmentalist Farley Mowat has written several books set in the north of Canada and Never Cry Wolf (1963) is his most renowned. Set in the subarctic, this novel centres around his research about wolves and in doing so changes the public’s image of them to a more favourable light.

Perhaps my favourite book that I read in this course was Who Has Seen the Wind (1947) by W.O. Mitchell. The main character, 10-year-old Brian O'Connal, grows up in the depression-era of the 1930s in the prairie province of Saskatchewan. One scene I vividly remember is when Brian is told that his father has died and, as a consequence, emerges with a more mature understanding of life and death.

All of the above four novels were made into films.

If you prize humour, you won’t be disappointed with Stephen Leacock’s book of short stories entitled Sunshine Sketches of a Little Town (1912). My favourite story in the collection is The Sinking of the Mariposa Belle where those stranded on the boat end up rescuing the rescuers. The story can be found for free on garynorth website.

Every year, the Leacock Medal is presented for the best book of humour written in English by a Canadian writer. I can but dream, can’t I?

Canadian Authors I Discovered as an Adult

Following my formal education, I began reading fiction with regularity. I’d like to share with you four of my best-loved Canadian reads.

My all-time favourite novel is The Stone Diaries (1993) by Carol Shields. In 1995, Ms Shields won the Pulitzer Prize for this novel set in Ottawa which tells the life story of protagonist, Daisy Goodwill Flett, who struggles to find happiness and contentment. The novel is divided into 10 chapters, each detailing different periods of her life. I’ve re-read it several times and my feelings about the book haven’t changed. I highly recommend it.

I had the good fortune to meet author and journalist, Richard Wagamese on two occasions.

The first was when I nominated him for an honorary degree at the university I worked at. He gave the commencement address and received a spontaneous standing ovation at the end. His message was simple to absorb all you can from literature, music and the arts like he did when growing up impoverished on the White Dog reserve near Kenora, Ontario. 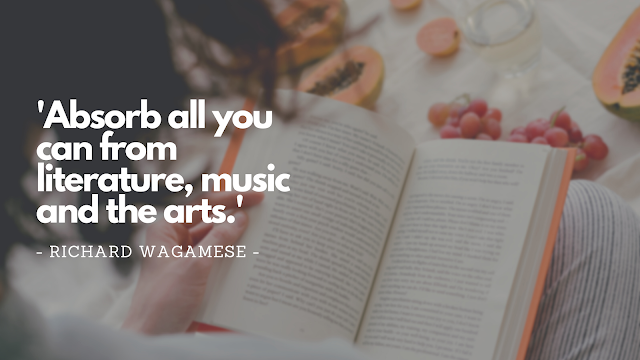 His most famous novel is entitled Indian Horse (2012) and tells the story of Saul Indian Horse who is forced to live in a residential school (as Wagamese’s parents had done) and there he learns to play and excel at ice hockey. Indian Horse was shortlisted in the Canada Reads ‘battle of the books’ competition.

His follow-up novel, Medicine Walk (2014) was equally brilliant. The following year, I invited Richard to be the keynote speaker at the Northwestern Ontario Writers Workshop’s annual awards dinner and again, he received a standing ovation for his amazing speech.

Indian Horse was made into a major motion picture.

Sadly, both Carol Shields and Richard Wagamese have passed but not before contributing greatly to the Canadian literary landscape.

I would be remiss if I did not mention Lucy Maude Montgomery, author of the Anne of Green Gables series of novels. Set on Prince Edward Island, protagonist Anne Shirley has gained fame throughout the world and is particularly loved by Japanese readers, many of whom visit PEI to soak up all that is associated with her character.

L.M. Montgomery’s books have been made into at least three TV series. Montgomery died in 1942 and is buried in Cavendish, PEI.

My final recommendation is a book that was published in 2019 by Michael Christie, entitled Greenwood. Michael is originally from Thunder Bay - the city I have lived and worked in most of my adult life - and now lives on Galiano Island off the west coast of Canada.

He took five years to write this family saga that begins in the future, moves to the past and then returns to the future. The overriding theme is the consequences of environmental destruction as told through the lives of the Greenwood family. It is one of the best novels I have read in several years.

I hope this article has enlightened you regarding some noteworthy Canadian authors, past and present. Happy reading and let me know if you read any of them!

Jane Crossman, originally from Canada, joined Exeter Writers in 2018 bringing her wonderful Canadian charm and bright ideas to the group. She has published many short stories, had a 10-minute stage-play performed, and a poem engraved on a granite bench at the Thunder Bay marina where she lived and worked for 40 years.
Industry News