Read The Mermaid of Black Conch

Why choose this book? 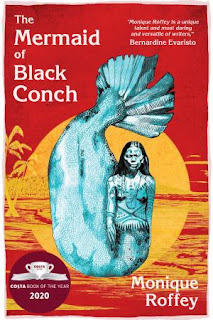 When The Mermaid of Black Conch won the overall prize in the Costa Book of the Year competition, the news was celebrated in the mainstream press. The article I read described the award as being for “the most enjoyable book of the year”.

‘Aha!’ I thought. ‘I could do with some of that!’ So I made it my inaugural purchase and settled in.

It’s the story of a mermaid and a fisherman who first meet in the Caribbean waters surrounding the island of Black Conch in 1976, and what happens to them and their neighbours when she is captured and brought to land.

Roffey’s story is inspired by a Caribbean mermaid legend, and she has purposely addressed how so many myths and legends’ patriarchal roots cause female characters to be ‘corrected’.

It follows the love that develops between Aycayia, the young woman cursed by her jealous sistren centuries earlier to be a mermaid and the fisherman David Baptiste, a man who puts her wellbeing above his at all times.

There are themes a-plenty, but the theme that stood out to me was the transformative effect of love. No explanation is given for why Aycayia’s fish tail falls off when she is brought to land, but the power of the curse enacted upon Aycayia is strong and persistent; its breaking is aberrant – to give any more detail would spoil the second half of the story – and it seems only a counterweight to the hatred of her kin that would have done it.

When they fall in love, it spurs them to exceed their initial capabilities. And if Life and Arcadia act as a foreshadowing of the young couple, showing the difficulties faced by two people in love born into different, incompatible lives, their experience is also of two people moving past their limitations and become better and ‘new’ through love.

This is in marked contrast to the characters not filled with love. The spectral echoes of Aycayia’s kin and David’s spiteful neighbour Priscilla and her lover remain unchanged in a repeating loop of their own old behaviour, never ascending, staying close-minded. The clash of these perspectives has devasting consequences.

Oh, so many things! The language is evocative and rhythmic. Dialogue is sparse, which is in keeping with the fairytale feel of the story. But when it is used, it is rich in cadence and patois.

You can fair feel the heat of the Caribbean radiating from the page, and feel the beat of the rainstorms and the smell the salt and decay of the sea.

The fairytale narration is cut with Acayia’s own poetic recollections of the events of 1976, and David’s written memoirs of the same period, giving a timeless quality.

To call it a compact book makes it sound like I’m damning it with faint praise, but it IS compact, and effective: the cast is small, the story is easily summarised, but both cast and story are rich. This is a pacy book, and I tore through it.

Not really, no. Every so often David’s characteristic patois trailed away to leave his voice curiously similar to the narrative voice used elsewhere in the novel. Maybe this is wholly in keeping in the character, or a deliberate narrative technique by Roffey. Either way, it occasionally drew me out of David’s point of view. But I’m really dredging for criticisms here.

Would you recommend it?

Absolutely! It fully met my hopes of an enjoyable novel, and I’m happily read it again. Plus, it’s beautifully bound and feels wonderful to hold. This is one worth buying in print.

Heart rating (out of five)? 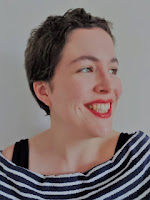 N. Siân Southern has published many short stories, most recently in Writing Magazine. She works in the Environmental Sector by day and works on her children's fantasy novel by night. In between she cares for two wonderful girls.
Book Chats