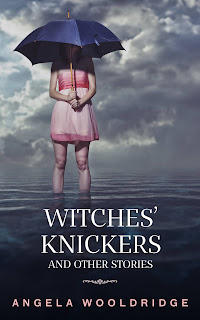 Witches’ Knickers is available from Amazon as both e-book and paperback.

Martha is tidying the hedgerows while she tries to ignore what a mess her life is in.

Molly and her sisters are uncovering a family secret.

Kelly is beginning to suspect that this spy training lark isn’t the fun adventure she’d hoped it would be.

Patsy is about to confront an old mistake.

Join them and many other characters in these fourteen contemporary short stories by Angela Wooldridge.

It’s great to have your stories in a magazine that is read by thousands of people. People you’ll never know, but who you’ll hopefully entertain while they’re enjoying a mid-morning tea break or waiting at the doctors.

People rarely buy back issues of magazines though, so once the next edition comes out your story is often lost to the past. I don’t like to think of my stories disappearing into the murky fog of history, and that’s why I’ve put them together in this collection.

There aren’t any witches in it, or knickers come to that. (You’ll have to read the story to find out why it’s relevant!) These are a mix of stories that have been published in national magazines, others that have cropped up elsewhere and some that are new.

All of them are the ideal length for sitting down with a cuppa and a slice of cake.

So put your feet up and enjoy! 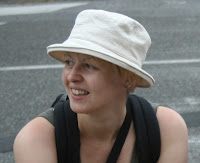 Angela Wooldridge is a writer of contemporary fiction and children's books. She has published many of her short stories in magazines and anthologies and is seeking representation for her children's novel. You can connect with Angela on her blog or on Twitter.
Member News