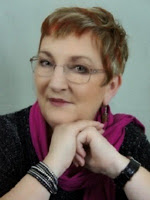 writes both fiction and non-fiction. In August she published one book and began trials of a second one. In September, she will be launching her latest novel. And to cap it all, she’s running a sale  for two of her earlier novels.

Elizabeth’s non-fiction focuses mainly on business skills for writers. Her series on The Business of Writing started life as workshops at the Writers’ Summer School in Swanwick; evolved into a blog; and then became ebooks from 2014 onwards. Earlier this year, she updated and republished the first three in the series: Business Start-Up; Finance Matters; and Improving Effectiveness. But she knows that many people prefer their reference books in paper format, for ease of page-flipping. So parts 1-3 are now available in a single volume.


The next step will be to publish a workbook featuring all the worked examples and templates for anyone who wants to work through the series themselves. Trial copies of this have been issued and publication of the finished volume will hopefully be before the end of the year.

But during September, Elizabeth will be switching her focus to fiction as she launches the final part of her trilogy set in the sometimes murky world of international pharmaceuticals. Corruption! sees the three main characters, Suzanne, Charlie and Francine heading for Russia where a deadly new drug craze is sweeping through the cities. The official launch date is 24th September, when copies of both ebook and paperback will be available from Amazon and other distribution platforms.

If you’ve not read Counterfeit! or Deception!, the first two books in the series, then now’s your chance to grab a bargain. Both ebooks are available until 23rd September at 99p in UK; $0.99 in USA; and at rock-bottom prices in all other territories.
Tweet
Elizabeth Ducie Member News