May 05, 2017
We are delighted to announce the shortlisted entries for the 2017 short story competition (in no particular order):


A Light Dusting of Snow.
Bury Me in Brentley Park.
Call of the Kazer.
Celluloid Job.
Fences.
Lapsang Souchong.
Rebuffed.
Selling Fans in Halivale.
Thin Air.
The Crossroads at Jijiga.

Author names will be withheld until the judging process has finished.

The winners will be announced by the end of May.

How To Write Historical Thrillers - Some Tips On Getting Started

Let’s face it. We all love a great thriller!  Some of us are drawn in by the mind-bending complexity of the plot, while others live and breathe for the high-octane action that keeps you turning the pages. But how do you get started on writing your own historical thriller? Well, the basic rules of premise, plot and characters apply, as they would in any novel — see my post:  Writing Historical Fiction Based on True Stories . But there are particular challenges for writers of historical thrillers and I will take you through some of those issues now. Decide on a premise for your historical thriller Think big to create apprehension and suspense for the reader. Here are five examples: The doomsday premise:   What could be more devastating than the end of the world? Nuclear apocalypse features in Stallion Gate by Martin Cruz Smith, and is a theme lurking in John le Carré’s thrillers. Or try natural disasters, like Pompeii . The science and technology premise (aka, new secret weapon). Keep i
Read more 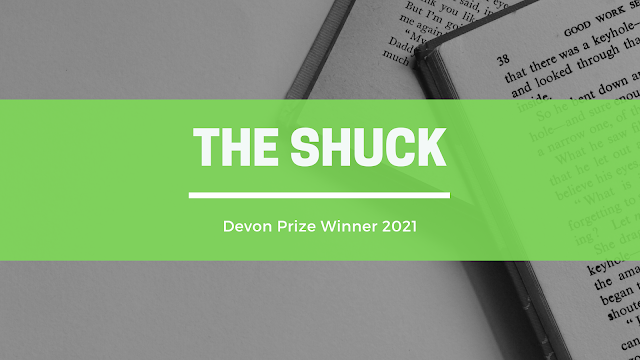 The Shuck by Lucy Banks Sheep were common on the moors beside Maddie’s new house. Whiteface, the locals called the breed; dainty legs, horns like curling croissants around each ear. Pretty enough, she supposed; not like the slack-mouthed chewers back in the fields just outside London.        This one wasn’t pretty, though. Its head had been gnawed nearly clean off its body, and its milked-over eye was fixed to the sky. Blood had drenched the wool, clotted it into sticky lumps. Whatever had attacked it had been large and determined, sharp-toothed too. Dangerous to other creatures, perhaps. A wild thing, and not to be trusted.        Maybe savagery was more usual down here; she hadn’t been here long enough to know. Dartmoor reeked of the untamed; wind-slapped tors jutting from the ground like blades through a wound, endless plains of boggy, treacherous mire. It made sense that the animals should be the same – live wild, die wild.       She felt an abstract pity for the sheep, as one migh
Read more
July 03, 2015