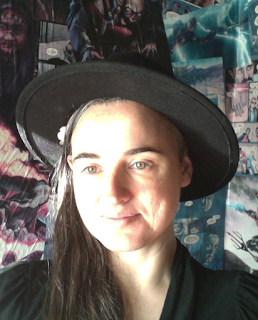 Jessica Triana de Ford is a freelance creative copywriter, ghostwriter, and self proclaimed serial unfinisher of her own novels.

Inspired by writers such as Tolkien, Terry Goodkind, David Gemmel and JK Rowling she began writing her first fantasy saga whilst studying for an Environmental Science Degree at Plymouth University in 2000-2002.

Since then she has been on a long journey to learn the craft of writing. 'Being a writer isn’t just sitting down on a whim and deciding it is so, it is getting through the frustrations of writing blocks, rejection and self-doubt and continuing to write anyway.'

With two trilogies and a prequel in a high fantasy world, a five book urban fantasy series about a fallen angel in alternative Plymouth, a historical novel set in 1492 Granada, a young adult book about modern druidry and the magic worlds of Yggdrasil, a historical fantasy called The Age of Fire and Gravel set in the times of the Garden of Eden… of the innocence before the great calamity that destroyed the cities of the Gods like Atlantis, Jessica has certainly been busy building worlds and developing ideas. Now she is determined to finally finish one of her books and dreams of being published.